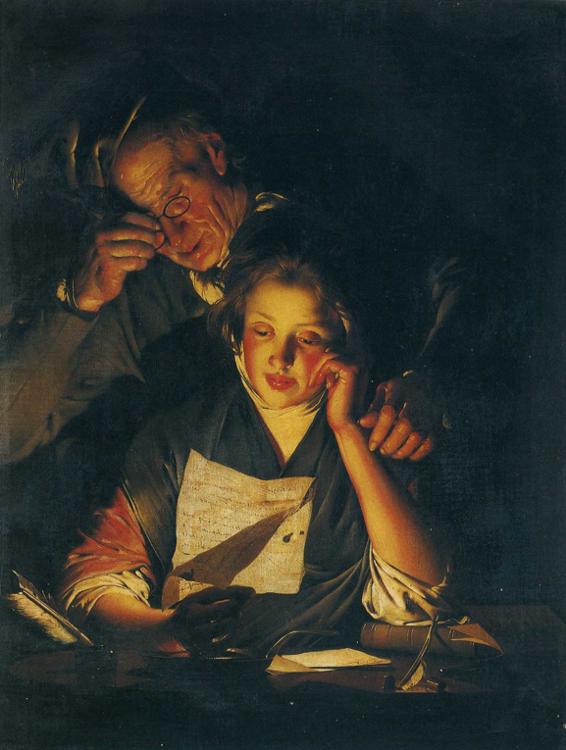 Week 15 Story: The Lady of the Lake

It’s true that the great wizard Merlin foresaw his deadly fate at the hands of his protege long before it was too late to change course. It was his own wolfish nature that he could not change.

Nimue, who would later become the Lady of the Lake, was born remarkable. From an early age, she glowed with the light of cosmic magic. Her curiosity for the secrets of the universe was insatiable. She saw patterns in everything, from music to flowers to water ripples to brain waves. She was young and naive, but profoundly attuned to the ancient magic.

One day, she was introduced to Merlin the Magician, and she was immediately overcome with admiration for his legendary status. She was eager to learn from him. When he agreed to teach her the ways of arcanity, Nimue was overjoyed and bewildered that such a famous and skilled sorcerer would have the slightest interest in taking her under his wing.

Merlin offered her the wisdom and experience she needed to channel her energies into focus. He was her greatest and most treasured teacher, and with his influence, she soared to new magical heights. Perhaps there was a moment, maybe even a few, where he relished in the simple joy of an old man passing on his legacy.

But alas, Merlin had fallen prey to that deepest poison that plagues men: predatory lust.

When he invited her into his home for the first time, they each had two very different ideas of how the evening would progress. Merlin laid on the bed, propped up by pillows. Nimue sat in a chair by the window. They discussed magic in the beginning, but the conversation shifted tone when she pointed out the painting on the easel, a work in progress of a phallic tree with exploding roots and leaves. He explored the meaning of the painting with her, then beckoned her to come closer. Nimue trusted him. She knew he would never hurt her. She came up beside him on the bed. He remarked how powerful her energy was, how palpable their connection was. He told her he would be glad to teach her whatever she desired, even the most potent magic that most sorcerers could not handle: sexual magic.

Naturally, she was intrigued. She begged to know more.

He manipulated her virginal innocence to mold her into his sexual fantasy, whispering that she was a Goddess, his Goddess, and weaving his own desires into her mind as if they were her own. He taught her that the key to universal enlightenment was through sexuality. He coaxed her into whatever position he desired, and whether she expressed permission or not, he took what he wanted from her, feasting on her raw energy to sustain his youth.

Nimue had never experienced true sexuality before, and she trusted Merlin with her life. She hung on his every word, and he loved it. Soon they became embroiled in a toxic conflagration in which she lost her connection to the undulations of the universe in favor of Merlin. He was her guiding light, and he was content to steer in whatever direction suited him. He found great pleasure not only in her sexual subservience, but in explaining to her every detail of how the world worked. In her eagerness, she always listened with rapt attention. When she took steps to discover the world’s magic on her own, though, Merlin became emotionally disturbed and, without words, demanded that she tend his wounded spirit. For you see, while Merlin was a powerful speaker, his true strength was his ability to manifest his will without speaking it aloud. But that was something Nimue would not learn until much later.

It was years later at King Arthur and Lady Guinevere’s wedding where Merlin and Nimue met Morgana, another young woman who desperately desired to learn the universal magic. Nimue was thrilled to have someone else to share her love of Merlin with. Merlin agreed to take her as a pupil, for Morgana showed significant promise of her own, and Merlin could not resist the opportunity to lecture and sexualize another young, beautiful woman.

But when Morgana visited the home Nimue and Merlin shared and they sat down to converse before “lessons”, an overwhelming eeriness shuddered through Nimue. It started in her feet when she saw Merlin look at Morgana in a way that was familiar and foreign all at once. The shudder rocked up through her legs when Morgana asked about the work in progress Merlin had on the easel: the very same exploding phallic tree. He hadn’t touched the painting in all the years that Nimue had lived with him. It sat, unfinished, in the same position it had been the first night Nimue had come to seek Merlin’s guidance, and Merlin delivered to Morgana the word-for-word explanation he had once given her.

Nimue suddenly leapt to her feet. Realization crashed through her body: Merlin had trapped her, just as if she were yet another unfinished work in progress, sat upon his easel for him to admire but never progress. It was only when she saw him exert his manipulation onto someone else, in many ways a younger version of herself, that she was finally able to recognize it for what it was — a lure.

Merlin and Morgana looked to her, confused. In a panic, Nimue declared that she knew the true magic and that she would be delivering her own lessons from now on.

Merlin rose and towered over her, his powerful energy circling in foreboding strength. But Nimue’s energy had grown. No longer was she the naive, clueless student. Her protective radiance effervesced around them and blotted out Merlin’s syrupy dominance.

Morgana stood and demanded to know why Nimue was sabotaging her advancement as a sorceress. As much as Nimue wanted to explain, she wasn’t quite sure what was happening herself, and even if she was, she knew that Morgana could not understand. She knew only two things: that if she wanted to truly understand the magic of the universe, she had to get away from Merlin, and that she could not let him do to Morgana what he had spent years doing to her.

So she ran. She took off into the forest in a blast of radiant purple light. Merlin followed after her with otherworldly speed, for the energy that he’d siphoned from her over the years propelled him beyond the pace his aged exterior would imply. Nimue knew that she could never outrun him.

Finally, she slowed and came to a stop in front of a large oak tree. She began to cry as Merlin approached, falling to her knees and expressing the pain of confusion and indecision. She begged him to teach her the secrets of the giant oak and how it could grow so certain and strong.

It’s true that Merlin foresaw his fate long before it was too late to change course. It was his own wolfish nature that he could not change, and he could not resist an opportunity to offer a long-winded explanation of how roots that grow thick in the ground keep us from straying into paths unknown.

Just as he opened a window into the tree’s trunk to demonstrate, Nimue stood and kicked him into it, sealing the portal and locking him inside forever.

Morgana was furious at the loss of her teacher. She vowed to tear Camelot apart in her anger, and then she disappeared into the night.

While grief opened inside Nimue and she sobbed harder than she ever had before, she also felt a thick pressure lift from her spirit. The weightlessness of possibility lifted her eyes to the night sky. Stars burned as the millions of different pathways that were now open to her, and the moon smiled on her. It, too, was a brilliant creature caught in another’s overpowering orbit, and it glowed full and bright in celebration of Nimue’s reclamation of her own gravity.

As time passed, she blossomed into a powerful sorceress, advising King Arthur and the Knights of the Round Table on every important matter and protecting them from the tragic corruption of Morgana. She rekindled her deep connection to the spirit of the earth and finally, after many years of study and catching up from all the time she’d lost, she reached Convergence with the universal consciousness.

At this point, she transcended the boundaries of time and space, but never forgot the deep love she had for her place of origin. She floated in the primordial waters of her home, her spirit becoming one with the mystical lake. As her essence swirled in the circular waters of time, she flowed all the way back to the beginning, before Camelot, before Arthur, and before Merlin. From the purest energy of the earth, Nimue’s spirit forged Excalibur, and she kept it safe for that legendary adventurer who would not only bring peace to the land, but who would dare to go beyond where he was told.

It’s said that Merlin’s oak tree can still be found in the forest with roots growing deeper and deeper still, though the branches never get any taller.

Author’s Note: This is a rewrite of a story I did a couple of weeks ago. I rushed through it and didn’t like how disjointed it came out. As for the original myth, there are a few different versions of Nimue’s story. In one, Merlin is hopelessly in love with her and she is an evil bitch who takes advantage of him. In another, Merlin harasses her no matter how much she rejects him. Both end the same way: she imprisons him in the earth, either underground or in the trunk of a tree. This story is my personal version.

Bibliography. King Arthur: Tales of the Round Table by Andrew Lang and illustrated by H. J. Ford (1902).

Featured image: A Young Girl Reading a Letter, with an Old Man Reading over Her Shoulder