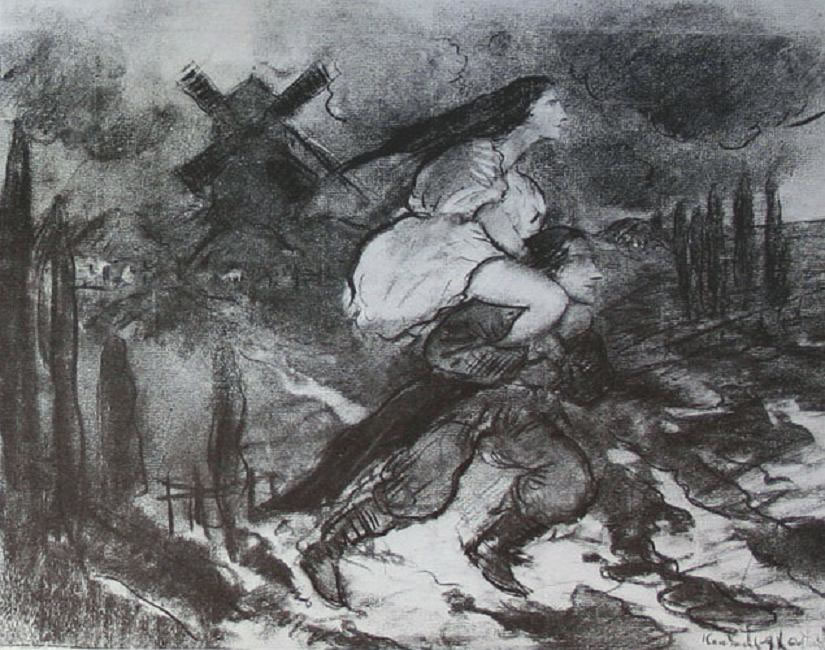 I chose Russian folktales instead of the Czech tales like I’d originally planned because I saw an old horror movie made in 1967 about a Russian ghost story called Viy. It was such an interesting and captivating film about a seminary student who has an encounter with a witch and then must face her ghost and all the demons she summons. Seeing that this unit would contain stories about ghosts, vampires, witches, and warlocks, I got pretty stoked to dive into it.

These stories are haunting and sad. Makes you wonder how this impacted or was impacted by Russian culture and history.

I love the story of the greedy pope who stole that poor man’s money. He dressed himself up in goat skin and tricked the old man into thinking he was the devil, but when he got the money and tried to take the skin off, it had become part of him and couldn’t be removed. Brilliant. That would be a fun one to adapt I think.

Featured image: Viy by Constantin Kousnetzoff, depicting the seminary student’s terrifying encounter with a witch in which she sat on his shoulders and flew all over the countryside.